Born and raised in Malcesine at Lake Garda  , I discovered Hawaiian massage during my trip around the world which in 1999 brought me to the island of Maui, Hawaii.

It was there that I received my first Lomi Lomi massage from a friend. I realized that Hawaii was not only about the ocean and the beach but above all the cradle of an ancient tradition of spirituality, massage and healing practice.

Then I went back to Italy where I started  my path into the healing arts.

I attended the International School of Shiatsu in Verona for 2 years , but I always had Hawaii and Lomi Lomi  in my heart and so in June of 2001 I returned to Maui .

There I began to study Lomi Lomi with Rebecca Slavin (influenced by Kahu Abraham Kawai’i) which inspired me to go to deeper to the source. In February of 2002 I met Aunty Margaret Machado on the Big Island where I attended her month long intensive program.

In her house close to Kealakakua Bay I lived an amazing experience that touched my heart deeply , between pristine nature , massage and Hawaiian traditions .

After completing the basic and advanced levels I went back to Maui where I attended the Maui Academy of Healing Arts , a professional massage school where I had the opportunity to learn and experience other massage techniques (such as swedish , sport, deep tissue, neuromuscular, geriatrics, craniosacral) I also studied anatomy and physiology .

In March of 2003 I took the state test and became a licensed massage therapist in Hawaii ( Mat 7185).

Until 2006 I went back and forth between Malcesine and Maui , massaging and deepening my knowledge on Lomi Lomi with other kumus (teachers) . I studied Lomi Lomi Oluea with Daniel Fowler and Mana Lomi with Dr. Maka’ala Yates .

In those years I realized that the general well being comes also from an healthy life style  and a correct diet therefore I decided to open up a health food store in Malcesine .

In 2010 my son was born and although I had less time I still continued to practice Lomi Lomi within the family and friend circle (Ohana) .

Since 2013 I am practicing Lomi Lomi in Germany and Austria and I attended several workshops with Jeana Iwalani Naluai.

February 2015 a deeper workshop of Lomi Hapai , massage during pregnancy and Kua Lua , Hawaiian back walking with Jeana Iwalani Naluai in Austria .

I will continue my work with Jeana Iwalani Naluai’s who has invited me to study with her to become a teacher for Lomi Lomi, and I keep translating and assisting here in her classes here in Italy . 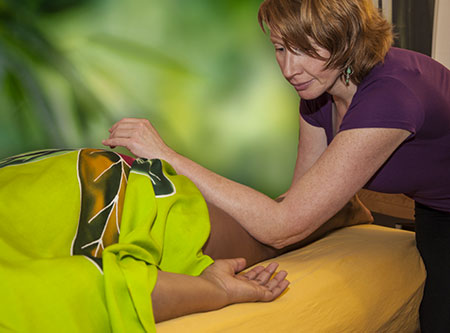 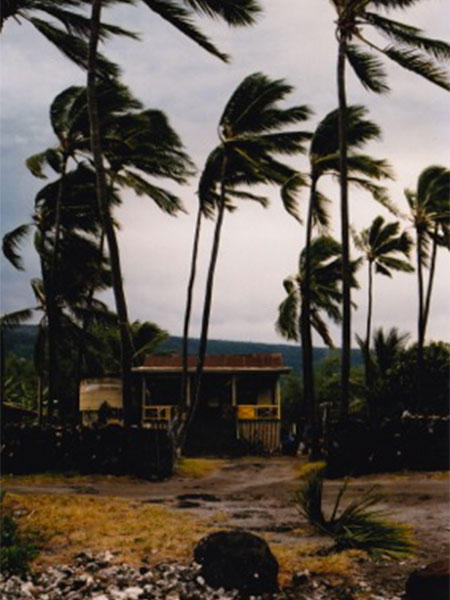